In this post, I’ll elaborate a little more on the video’s message:  Would You Wear It On A T-Shirt?!

So, would you?  Would you take that dark, hush-hush, shameful thing you only want to tell NO ONE: or just your closest friend in the world and put it on a T-Shirt?

My purpose is for you to live at the highest level you desire, and I hope that also means that you want to be unlimited.  Heroism is something that comes from brave actions, whether big or small, doesn’t matter – but it does matter that you ACT!

In this video, I share my story of having genital herpes.  For far too long, I’ve held this as just a secret that I’d tell my closest of friends and I dreaded the thought of having to tell a potential romantic partner.  But then, something changed.

A while back I decided to get “back” into the world of online dating sites with Meet Mindful.  I saw their Facebook ad and decided, “what the hell?…I’m ready for love again.”

This site spoke to me because A.) I’m a mindful dude that wants a mindful chick and B.) It felt like a bit of fresh air from all the other dating sites I’d used in the past.

Now, I haven’t had any real results from it, but I did meet one cool person who actually became a friend.  I wasn’t interested in her romantically, but I dug her energy and wanted to develop the connection.

I wound up deciding I needed to tell her I had genital herpes.  I just knew that if I couldn’t tell a relative stranger that I DIDN’T have feelings for, how the hell was I going to tell a girl I thought was hot and wanted to fornicate with that minute!…LOL.  So, I just bellied up and told her.

It was WAY easier than I expected and I felt a bit of a weight lifted from my chest.  I now felt more confident, that when the time came, I could tell the lady I wanted to get jiggy with about my shameful secret.

Fast-forward to me stepping back into the world of public speaking and deciding to really just speak my truth.  I came across an old contact from NYC who had also become a speaker.  Now this guy was GOOD!  Mike Veny (check him out).

Mike’s whole thing was he would just introduce himself like this:  “Hi, I’m Mike and I’m mentally ill.”  Now that might seem CRAZY, but for Mike it was so freeing and began to open his life in ways he couldn’t imagine.  It was what led him to creating the site Transforming the Stigma so that he could start breaking down the walls and shame associated with mental health.

As I was walking around my house today, I began to think about having genital herpes.  I don’t usually think about it, but it popped in – and I immediately thought “Would I wear that on a t-shirt?”  Would I be willing to say that outloud to anyone who was listening?  And, if I didn’t – what would that say about me and my desire to truly face my fears and be a no limit person?

You obviously know the outcome.

I grabbed my iPhone, set it on the ole tripod and shot the video you see above.  I don’t have any master plan for this or think it’s gonna blow up and bring me attention, but I just knew that I had to face it and since I’m a public figure, I had to state it publicly.

What I want to ask you is this…

What is something in your life that you absolutely wouldn’t want on a t-shirt?  That thing that you don’t want anyone to know?  Are you a horder, have a shameful addiction, have you harmed someone (extreme I know)…but there is liberation and freedom in that.  In owning it and proclaiming it.  Doing this will make your soul and life fill with greater peace.

We need to be able to claim it and release the shame and guilt.  The only way we ever truly heal this part of our life is to get crystal clear on it, stop hiding from it, and make peace – so that we can let it go and move on to a higher vibrational life.

You deserve more.  You are more.  I have genital herpes.  The cat’s out of the bag.  Instead of keeping this just a private matter – now I can have a conversation about it and hopefully help some others dealing with the shame and also help prevent it from spreading further because of keeping it hidden and not wanting to tell a sexual partner.

Leave a comment below and share your deep, dark, secret.  Go ahead and put it on the digital t-shirt of life and if you feel a need to go bigger – do it!  I’m standing here to support you and forget those who don’t or negatively react.  This is about claiming more of who you are and embracing it without shame or judgment.

I’m rooting for you! 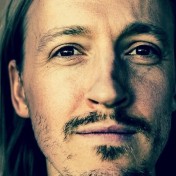 Andrew Hand is a transformational speaker, author, and recording artist with a message of hope, love, and greater self-acceptance.

His purpose is to help others see their greatness and inner light: to live with greater joy and fulfillment.

Please log in again. The login page will open in a new tab. After logging in you can close it and return to this page.